Cuecliché are a three piece pop-punk band from London. Inspired by an intimate Blink-182 acoustic show in Kingston, Cuecliché came together through a mutual love of the early 2000s pop-punk scene, creating their own brand of nostalgia-soaked anthems reminiscent of Sum 41, Blink-182, Taking Back Sunday and New Found Glory.

Cuecliché take their name from their ideology: to unashamedly follow the sounds of their inspirations and embrace the cliché that is all things pop-punk. Yet while their 2017 debut EP One Last Chance clearly paid homage to the pop-punk powerhouses of yesteryear, Cuecliché well and truly discovered a sound of their own, receiving widespread critical praise and over 20k streams on Spotify alone.

In their two years since forming, Cuecliché have brought their infectiously energetic live show to audiences all over the UK, with regular dates across London, three UK mini-tours and a festival already under their belts.

In January 2019 Cuecliché released a second five track EP entitled ‘Look at the Pictures’ and embarked on a UK tour to promote the release.

“Cuecliché’s “Look At The Pictures” is truely a great EP. It seems they really put in the time and work, and it shows. In my opinion these guys deserve 5/5″ – 3 Songs and Out

“One of the strongest, most accomplished, and perhaps more importantly FUN punk EP’s I’ve heard in a long time.I’d be surprised if this year’s top 10 has more than 9 spaces left by the time we get around to writing it up in December – this will be difficult to beat..” – Headlights and White Lines

“Cuecliché has a great EP on their hands with ‘Look at the Pictures’. The music, the lyrics, and the vocals are all on point. These guys have matured in their sound since their first EP, and it is clear that they have secured a spot in the pop-punk scene. They are only going up from this point. While their songs may spark nostalgia, Cuecliché is an up-and-coming band that has a bright future in front of them.” –  Frame The Stage

“They do what they wish, they surprise you and they do so in a fashion that in the end, you really can’t complain about! “- Musically Fresh

“Cuecliche have outdone themselves on Look At The Pictures. They’re certainly making their mark on the scene.” – Punkanormal Activity

“Look at the Pictures’ is a meaty EP of overwrought passion and energetic confidence with an undertone of vulnerability. This trio whack out high intensity punk rock tunes laced in shredding jagged riffs, punchy drums and gritty bass grooves.” –  Indie Buddie

“‘Look at the Pictures’ sees Cuecliche become serious contenders in the pop-punk world. Their drive to push themselves has resulted in a more mature sound and an impressive depth within their songwriting. This release will get them the attention they deserve.” – Indie Band Guru

“Sounding huge and alive One Last Chance is packed with compelling music, combusting with vitality and passion” – Alternativetracks

“Cuecliché are not going to settle for a life of playing small venues for too long. On the basis of these five songs they might get their wish.” – Even The Stars

“Their new EP, One Last Chance, and it transported us right back to our younger days” – The Daily Listening

“With an underlying notion of a refusal to grow up, this is one band you’re not gonna want to leave off of those summer playlists!” – Buzznet

“If you like catchy pop-punk with a bit of an edge to it, packed with hooky riffs and some big old crashes of cymbals then you’ll love the feel good sound of Cuecliché” – Gigradar

“Cuecliché are a brilliant act ready to take the pop punk baton. Their songs are raw and highly relevant.” – Punkanormal Activity 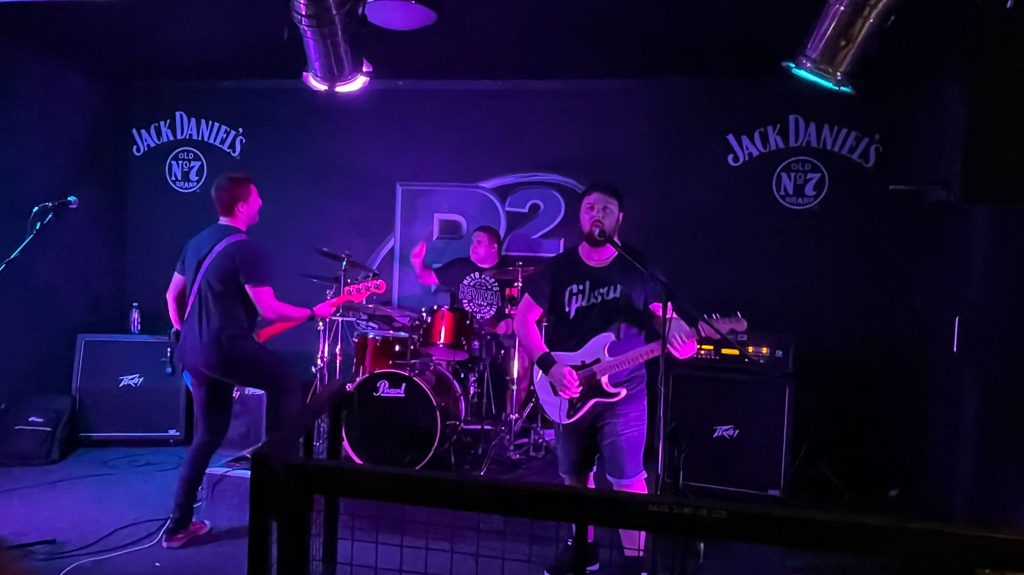 “It’s also there in the energy of the set, which never takes the foot off the accelerator pedal throughout, the band’s philosophy clearly to take the crowd with them.” – Even The Stars

Please note that although we have provided this content to use as a promotional tool. Cuecliche remain the copyright owners and any press related use must be approved prior to use.